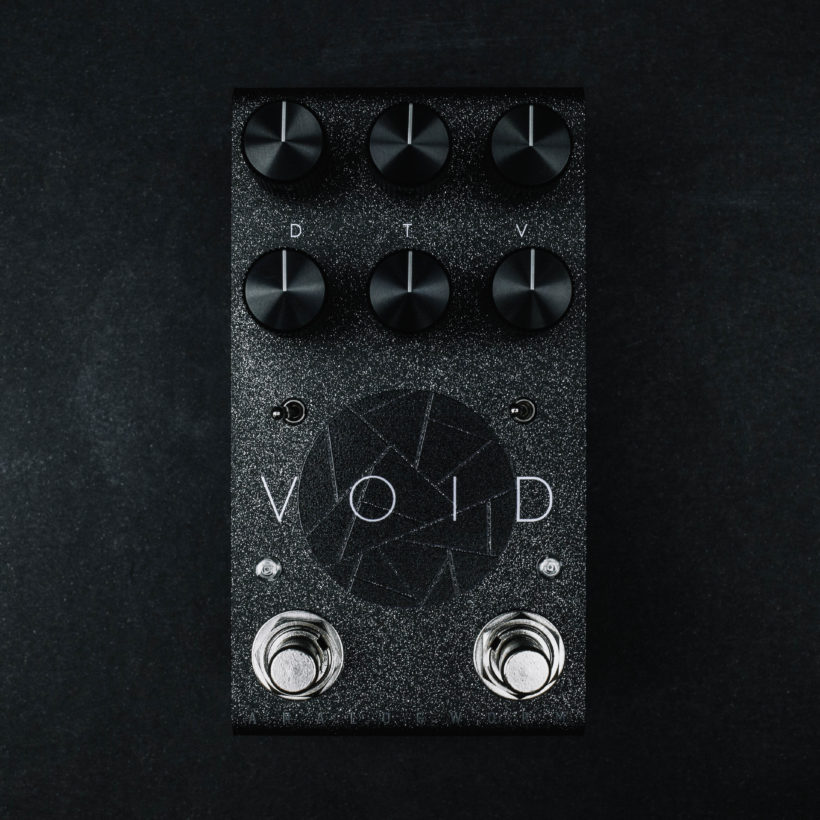 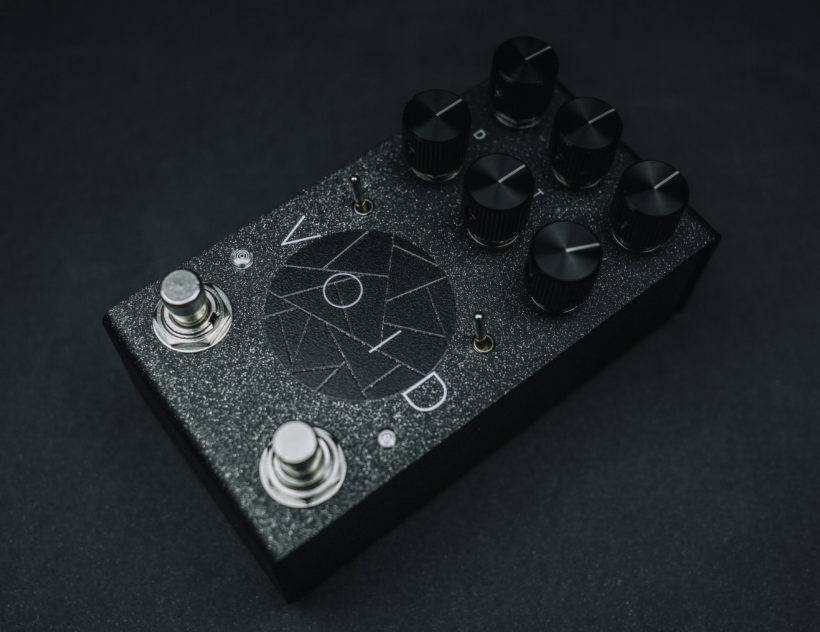 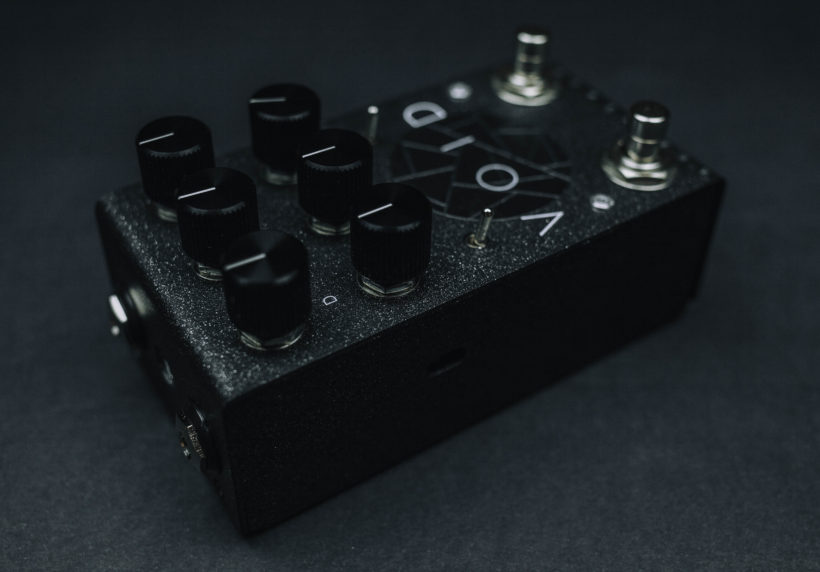 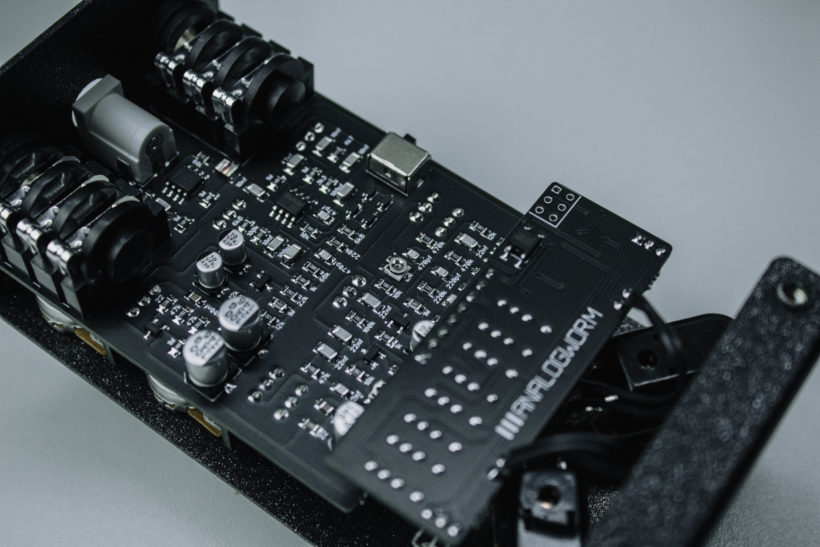 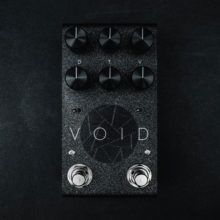 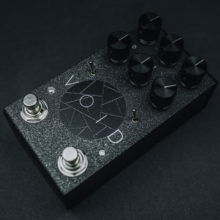 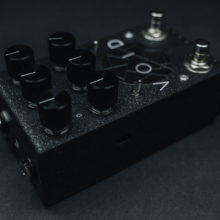 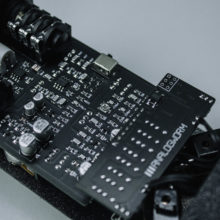 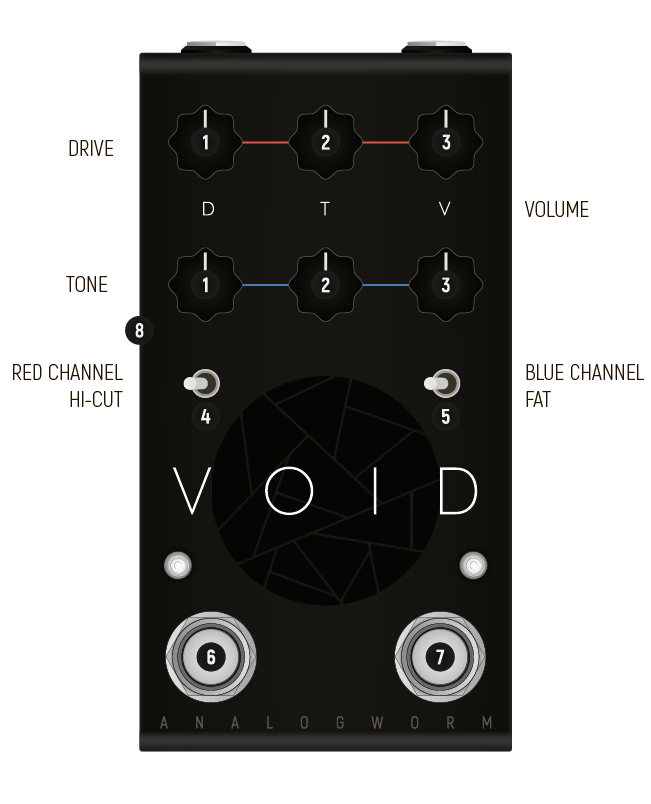 1. Drive — Controls the amount of distortion.

2. Tone — Controls the amount of brightness. Right is brighter, left is darker.

8. Side switch — red channel clipping mode. Overdrive is up, Boost is down.

VOID has a smart bypass which can operate in two modes:

To change the effect order, turn the left effect on and hold the left footswitch. Led colors will swap as well as the effects order.

To go into the double mode, turn the right effect and hold the right footswitch. Right LED will change its color to purple and you’re done.

In this mode the right footswitch activates both effects, left footswitch works only for long press and changes the effect order.

Left Led color shows the first effect in the chain.

To go back to the normal mode, turn the effects on by right footswitch and long press it.

Be the first to review “VOID” Cancel reply