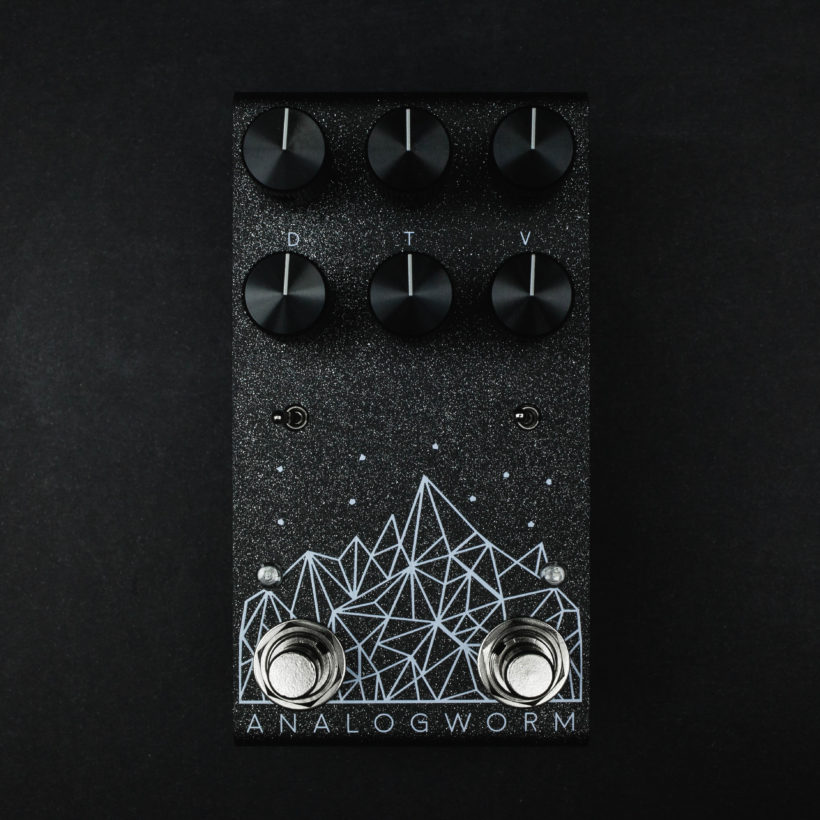 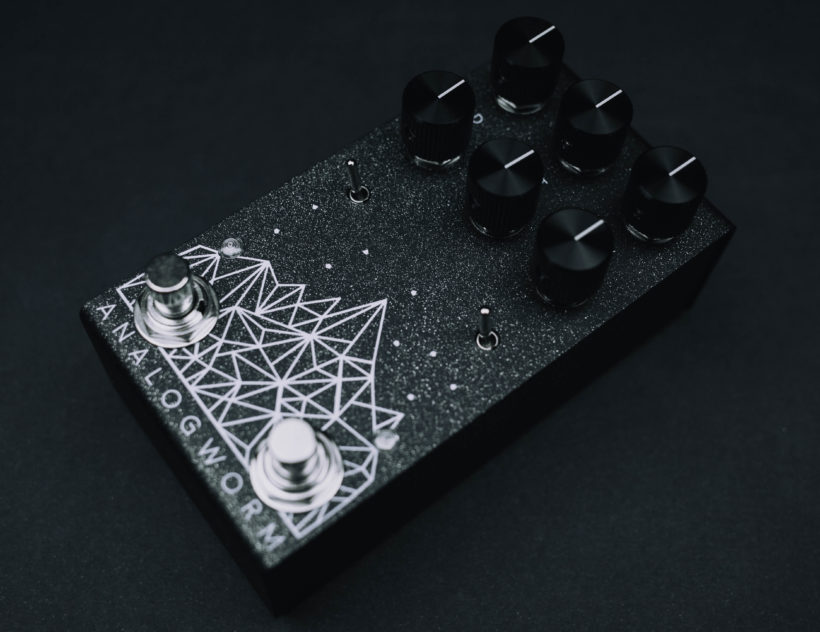 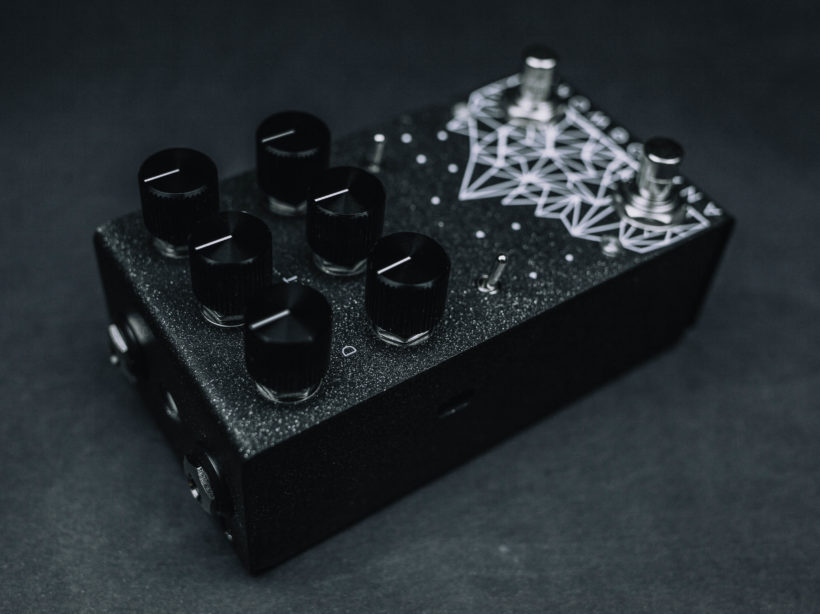 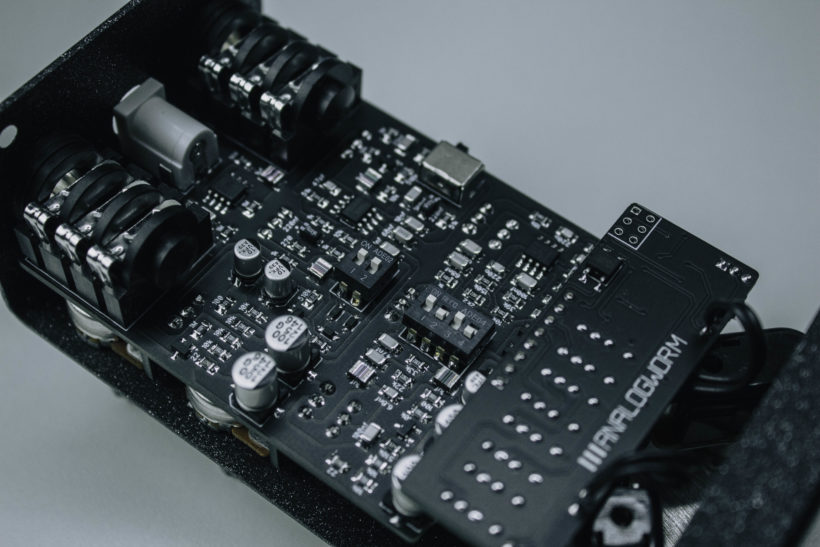 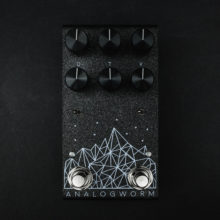 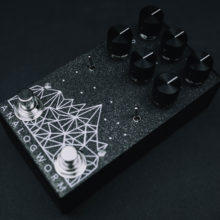 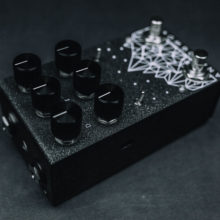 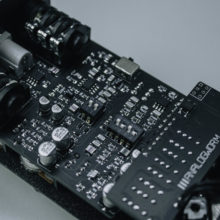 OD808 mkIII is a dual channel overdrive/distortion pedal with two legendary effects inside: OCD and ts808. It has a lot of switchable mods, top-mounted jacks, a compact enclosure, and a smart bypass system, that allows you to easily change effects order or turn on both effects with one footswitch.- OCD is known for its rich sound, with a slightly cropped middle, but deep lows, and bright highs. There is also a convenient control of gain control, which allows you to get a barely noticeable overdrive in the minimum position, mid-gain on 12 hours, and saturated distortion with drive control all the way right.- Screamer is a classic choice to heat an overdriven amplifier up. Moreover, it works great in front of OCD. 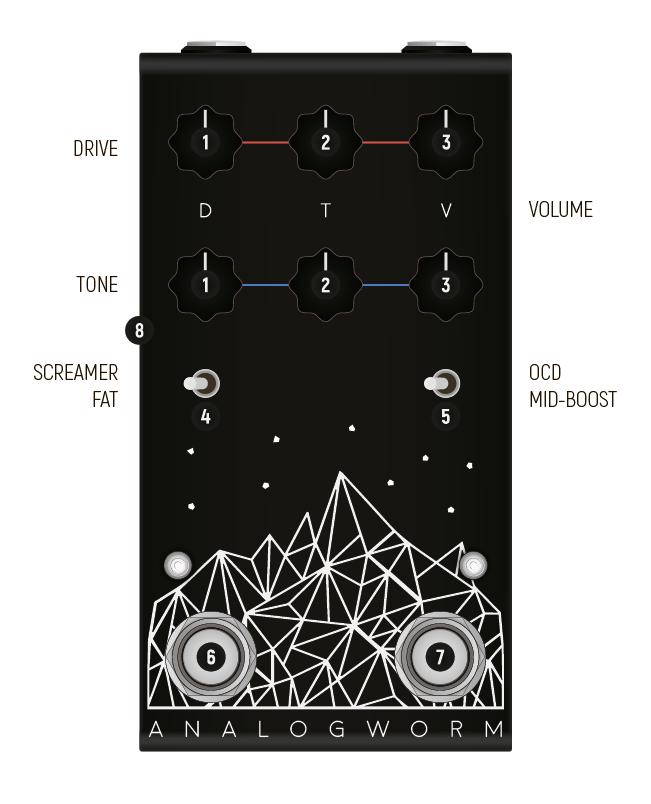 1. Drive — Controls the amount of distortion.

2. Tone — Controls the amount of brightness. Right is brighter, left is darker.

5. OCD mid-boost — toggle right to cut to boost volume and brighten the sound.

8. Side switch. Screamer mode selection. Transparent mode is up; ts808 is down.

DIP-switches will help you to tailor your sound to your needs. The upper switch is for Screamer, and the lower for OCD.

1. Turn the first toggle up to cut the mids.

2. Turn the second toggle up to boost the lows.

3. Turn the third toggle up for hard clipping; turn it down for soft clipping. The effect is more noticeable on higher gain settings.

4. Toggle the fourth toggle up for vintage voicing mode, which slightly attenuates sharp highs. Toggle down for modern voicing.

The OD808 mkIII has a smart bypass which can operate in two modes:

To change the effect order, turn the left effect on and hold the left footswitch. Led colors will swap as well as the effects order.

To go into the double mode, turn the right effect on and hold the right footswitch. The right LED will change its color to purple and you’re done.

In this mode, the right footswitch activates both effects; left footswitch works only for long press and changes the effect order.

Left Led color shows the first effect in the chain.

To go back to the normal mode, turn the effects on by right footswitch and long press it.

The screamer channel can operate in two modes: classic ts808 and transparent. You can choose it with the toggle switch on the left side of the pedal. Upper position is transparent mode, lower position is ts808 mode. You get less gain, less screamerish mid hump, and you get much more presence. It makes the red channel an awesome low-gain overdrive, which can be used on its own, as a booster/toneshaper placed after OCD or as a nice heating drive in front of OCD to get more gain or thicker sound.

Be the first to review “OD808 mkIII” Cancel reply